I don’t do a lot of instant messaging, but there are a few friends I keep up with via Google Chat. We share the news of the day, ponder what to say in our sermons and talk about the weather, our dogs and our children. We use internet shorthand, and we use those little smiley face things, too. One day I realized a friend had sent me a square smiley in response to something I typed that was well-meant, but not so smart. My friend was sending me a “block-head!”

And as I read this week’s gospel lesson, I want to send Peter one of those smiling blockheads. There he is, up on the mystical mountain with his friends and his teacher, in the middle of an amazing spiritual experience: a manifestation of Elijah and Moses, and the transfiguration of Jesus, who is suddenly shining like the sun and dressed in “dazzling white.”

Then Peter said to Jesus, “Lord, it is good for us to be here; if you wish, I will make three dwellings here, one for you, one for Moses, and one for Elijah.” (Matthew 17:4, NRSV)

No matter which version of this story I read, no matter which gospel, this is the idea that grabs me. In the midst of all this spooky revelation, and there is more to come, Peter is trying to make it concrete.

How human! How Peter-like! How block-headed!!! And yet who can blame him for wanting to stay where heavenly lightning seems to be striking?

Except that just a moment later he will be cowering on the ground with his friends after hearing the voice of God:

While he was still speaking, suddenly a bright cloud overshadowed them, and from the cloud a voice said, “This is my Son, the Beloved; with him I am well pleased; listen to him!” When the disciples heard this, they fell to the ground and were overcome by fear. (Matthew 17:5-6)

Well, who wouldn’t be? We want a revelation from God, right up until we get one, usually. We’re on the edge of something marvelous, we have a sense that THE TRUTH WILL BE REVEALED, and then we get more than we could have imagined, more than we are prepared to take, to hear, to see, to metabolize.

And so I picture them with knees of jelly, those disciples, as they were coming down the mountain, stomachs astir, minds trying desperately to grasp the details that we know someone held onto, because this story became part of our tradition. If I had been among them, I’m sure I would have wanted to tell someone, everyone, about it, to be sure I had not lost my mind! Surely Peter, James and John felt the same way.

But that is not to be, and this is one of the points of this story that scholars perhaps prefer to discuss, because it’s less mystical:

As they were coming down the mountain, Jesus ordered them, “Tell no one about the vision until after the Son of Man has been raised from the dead.” (Matthew 17:9)

This had to be hard for Peter, especially when we consider that of all the disciples we hear the most from him. He was clearly a talker, and I think we can feel pretty certain that he transmitted many of the stories we know about Jesus, complete with not-always-brilliant and occasionally-even-blockheaded remarks he made himself. He must have known how to communicate with people, one of those outgoing guys who know how to tell a story other people will remember.

Today’s passage from 2nd Peter is a testimony to the Transfiguration, and the whole book in its original Greek is filled with rhetorical flourishes that scholars doubt would have been part of the language of a Galilean fisherman. Since it is unlikely that Peter would have received a Greek education, we believe the epistles in his name were written to tell his story and give his point of view, likely by a later follower. It was not considered wrong to do that kind of thing in the first century. It was a compliment to the person who could not, for whatever reason, write the story down. And recording Peter’s stories would have seemed the obvious thing to do for a follower who wanted to make the excitement of the Transfiguration both palpable and believable for other Christians.

Because it’s not a story we would be inclined to believe without an eyewitness, is it?

There are times when I wish something as blindingly obvious as the Transfiguration would happen to me, to reassure me that I am on the right track.


Most of the time our confirmation comes in more muted form: a sense that we have it right, the affirmation of a trusted friend, the assent of a mentor or teacher. In a church community we bring groups of people together to try and sort out what to do next, how to serve God’s purpose in our particular time and place. We practice discernment, a funny combination of conversation and prayer and action, waiting to see what feels right and what does not work.

When we have a big decision to make we want the clouds to part and the heavenly choir to sing and point fingers in the right direction. In the life of a church that sometimes falls to a search committee; they engage in a process that is one part due diligence and one part lightning strike! How do they weigh one against the other?

Well, they tell no one, first of all! And they pray, and so does the rest of the church, trusting that the Holy Spirit will guide them, gently.

But that day on the mountain, God was not gentle. And some moments are too uncanny to be shared right away. They need to be told in their proper time, after they are seasoned in us.

Tell no one, Jesus said, but he added a caveat: “Tell no one about the vision until after the Son of Man has been raised from the dead.”

All the things we know about Jesus would be different without the Resurrection. That moment lay ahead, and it would be the key to understanding everything about him. Peter and James and John got a preview, but even they did not really grasp what had happened, yet. It is only with the perspective of time that the polished version of the story appears, with its graceful language and its certain tone.
Peter waited and told no one. And although he had been to that mountain with Jesus and had seen Moses and Elijah, and been knocked to his knees by an awareness of God’s presence, Peter still managed to mess things up, denying his connection to Jesus at the moment of crisis. But he got his right mind back again. When the Resurrection had taken place and the fear of Good Friday was behind him, he told everyone. Then he finally had a chance to make something out of the stories of his time with Jesus. He used them to build not a booth or a shelter, but a church, a community of believers trying to follow in the way of Jesus.

In the end, Peter told everyone, although the telling cost him his life.

“Tell no one” is almost more comfortable, isn’t it?

We are still telling the stories today, reading them and trying to understand them, putting ourselves in the places of the disciples and wondering what it might have been like to walk with Jesus. We puzzle as they did over what Jesus meant, or we shift in discomfort when the obvious meaning asks more from us than we feel prepared to give.

Remember what I said earlier:

There are times when I wish something as blindingly obvious as the Transfiguration would happen to me, to reassure me that I am on the right track.


The trouble is, when we receive that level of certainty, when the truth knocks us to our knees, we can’t run away from it. We have to respond. Our lives will never be the same again. That’s how it is when lightning strikes us. 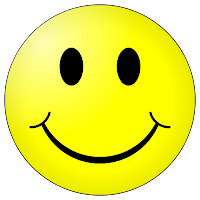 It worked that way for Peter. Oh, yes, he tried to run away. But he couldn’t. He couldn’t. And hold onto him when you need an example of redemption. He came back from being the worst sort of failure to become the best kind of faithful.

And that is the Good News, my friends. We don’t have to be perfect to share the story of Jesus. Even a blockhead could tell everyone. Amen.

3 thoughts on “Tell Everyone”