Here’s a true confession.
More than one day this past week, I didn’t get around to having lunch until after 2. And while that is hardly a situation that would lead to starvation, I know I began to feel cranky and hurried and a little light-headed. I almost never get this way unless I allow it to happen, by not packing a lunch or not stopping what I’m doing long enough to acknowledge that as a human being I require occasional sustenance.
This is pretty funny, since I am not going hungry in the greater scheme of things.

But on those days when I feel excited about the importance of whatever it is I am doing, I forget all this and let things go too far, and instead of being tempted to turn stones into bread, or for that matter, salad, if I had the power of heaven behind me I would most likely turn them into Pop-Tarts. Or a doughnut. Or some other concoction full of fat and sugar, designed to send a quick message of satisfaction to my brain.

I’m not convinced I would use the power wisely.
And that’s after a delay of only an hour or so past normal lunchtime, in a day that included breakfast and will surely include dinner, too.
I confess this to you, because while most of us have missed a meal, I imagine very few of us have anything close to an idea of what it would be like to go 40 days without anything to eat. What sort of altered state would we be in, if we were even conscious, after all that time without food?
We all have times when we are hungry for something…not just for food. It could be the power to set the world right, or the insight we hope will come with knowledge, or a sense of security.
But we live in a world where the 24 hour news reminds us that radiation is leaking and cars have been swept away like toys, and no one seems to be in charge of anything in the way we might wish for it. And then we read this story about Jesus, and the way he chose not to ride in like the cavalry from heaven, but rather to walk a very human path that would lead to a cross on Calvary, instead.  And we may be tempted to say we wish God handled things differently, because we don’t like the feeling that things are out of control.
Of course, one alternative is to deem God very much in control, as some people always do after a natural disaster, giving into the temptation to blame the victims and branding them as sinners. It’s happening out there now, and it’s not even the work of a famous person, as it has been for other disasters. No, it’s the work of ordinary people, and our many sources of social media give them a voice. Some people see the end of the world coming. Others are filled with hatred for people they see as different, ready to give God the credit for a mighty wave carrying people away. Still others blame Satan instead, for the shifting of the tectonic plates that have moved gradually over time since the Earth took form. 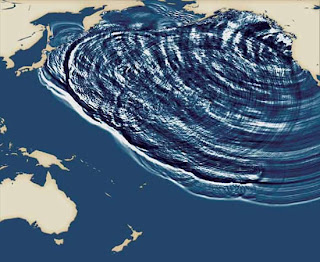 Earthquakes and tsunamis are elemental forces. They remind us that we really don’t have control over everything. They inspire awe. They terrify us. It’s sorely tempting to assign them to some supernatural force instead of understanding them to be natural, even though distressingly out of proportion with everyday life.

When tempted, Jesus turns down the opportunity to use his God power, while we might wish that power would be used to prevent disasters like the one we’re watching on TV. Who wouldn’t want some mighty figure to step in and literally control the movement of the earth?
Here’s another thing that’s tempting, so tempting that a whole way of thinking about women has grown up around it. It’s tempting to blame Eve for all the suffering humankind ever experienced. People do it, inflicting that blame on women, using it as an excuse to demean and minimize them. I find it hard to believe of people in our own time, but they still do.
But the story of Adam and Eve isn’t really a story about a man and a woman, in which one of them is right and the other one is wrong. It’s a story trying to explain why God would create us and then let us suffer. It’s a story written to describe a relationship we can hardly understand. We put ourselves in God’s place and imagine how we would do things. 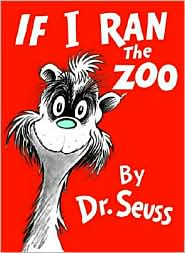 Well, wait a minute. That might not be one of your temptations, but it’s certainly one of mine. I’d make a few changes if I ran the zoo. (It was one of my favorite books.) We might have ideas about how to run the town or the church or the state or the nation. We might have ideas about how to rule the world, to make it a better place, according to our own definition of what “better” is.

This is one of the very things the tempter invited Jesus to do, after failing to tempt him to fill his stomach with stones-turned-to-bread or a feast, and after failing to tempt him to test God by throwing himself off a pinnacle of the Temple. It was the biggest temptation of all: to have power over all the world. There was just one catch. Jesus needed to worship this Satan, instead of God.
It’s *sorely* tempting to think it was easy for Jesus.
After all, he was God, right?
But he was also human, fully human, and it’s the formational human experience, as described in Genesis, for people to be tempted. To be fully human, Jesus had to face temptation, too.
My boys are big fans of “The Lord of the Rings,” by J.R.R. Tolkien. In those books, a little hobbit, barely three feet high, faces unimaginable dangers to carry the Ring of Power across hill and dale, through forests and over mountains, past terrible threats to get to the place where the Ring can be destroyed. People cannot be trusted with the job; their lust for power overwhelms them. When Frodo, the hobbit, tries to give the ring to a great Wizard, or to a powerful Elf, both show him how dark they would become if they had ultimate power. There was no outside force to coerce them. They knew themselves to be the tempters.
And I think that’s the human experience Jesus had. He had to face himself. He wore himself down, became hungry and tired and dirty and isolated, and then he got to see what he could really do and decide not to do. It’s very easy to get invested in the idea that an embodied Devil met him out in the desert wilderness, among the snakes and the insects and the dry stream beds and the prickly plants that survive in such conditions. It makes us feel better when we face choices and have to own up that we made the wrong one. It makes us feel more secure, somehow, when things go wrong that are beyond our control and there is someone or something to blame.
Believe me, I know this from experience. I have been sorely, sorely tempted to find someone to blame, just to make sense of an awful loss or a huge disappointment. And sometimes other people’s actions have been the cause of our distress, but I don’t believe God is allowing some embodiment of evil to go around tempting us just to see if we will succeed in resisting some external power.
No.
The one Jesus had to face was himself. At his baptism, which takes place just before this passage, he heard the voice of God break through the clouds. He felt the Holy Spirit become a part of him. And he wisely chose to follow the Spirit’s leading off into the wilderness to get his head around what he had just learned about himself.
He faced temptations to fill his bodily needs, to test God and to abandon the limitation he would instead choose to embrace: to be one of us, hungry and breakable and subject to…wait for it… temptation.
He came to live in a body, to include in God’s reality a better understanding of who we are. He came to tell us how to treat one another in order to please God. He came to show us God’s care, in person, in a person. And no matter how sore the temptation, he kept his promise to live like us, to the painful end. He did it out of love, believing we would come to believe in that love. May we resist the temptation to do otherwise. Amen.
*************************************************
I can’t readily use video in church, but if I could, I would be showing this just before the sermon: